Two years ago Cole Stevens was offered a unique opportunity for an aspiring young golfer – the chance to play the Old Course at St Andrews, Muirfield and Gullane and watch the 2019 Open Championship at Royal Portrush, all in less than a month.

He was brought to St Andrews by the South African Golf Development Board (SAGDB) to give him, and his compatriot Carl Mwale, a taste of what life might be like in the future if they become tournament professionals, as they yearn to be.

Now, Cole, thanks in a large part to the support of SAGDB, which receives funding each year from the Alfred Dunhill Links Foundation, has taken the next big step on his journey.

This month he started his second year of a golf scholarship at Point University in Georgia, and is enjoying every minute.

He said: “It came as a shock to have a chance to study in America. I’m thankful for the opportunity. SAGDB has given me the chance to develop my golf and my education and has helped to make me who I am today.

“I played well in my first year, but it was a learning curve. South Africa is so different to the US, even the grass we play on.”

In his first year he made a massive impact, being named AAC Player of the Week four times in his first season with the Skyhawks, the Point University golf team. But he has his feet firmly on the ground.

He said: “My goal is to become a professional to get on to the PGA Tour or the European Tour. But my main focus at the moment is getting my degree, it’s in financial management. I think I’m making good progress. Work at this level in the US is actually not as taxing as in South Africa.

“This is the first time I’ve stayed in another country for more than a month. I miss home, of course, but it’s not too bad. I’ve got used to the culture. People have been great. But I promise I won’t come home with a US accent.”

Cole, SAGDB Player of the Year in 2019, was selected for support after his performances in competition were noted. He said: “It changed my life, helped me, helped my parents with payment of tournament fees, took away a lot of the stress and let me concentrate on golf.”

Andre Rossouw, SAGDB Operational Manager who guided Cole and Carl around Scotland back in 2019, said: “Our goal is to bring in more golfers, specifically the disadvantaged and players of colour, because there is a perception that golf is a white elitist game which we are breaking.

“The Alfred Dunhill Links Foundation has been the backbone of our support structure. It’s really made it possible to support the work we do and give opportunities like this to these players. The boys we select at 13 or 14 achieve a lot in golf, obviously we help them with that, but we also help to build their character.

“It’s a dream I have that one of the boys we are working with goes on to become a top level tournament professional and wins the Alfred Dunhill Links Championship. It may be a dream, but wouldn’t it be wonderful.”

Cole Stevens is determined to do his best to fulfil that dream. And he is not short of ambition. He said:” My goals in my second year are to win three events and to come in the top five in the rankings.” 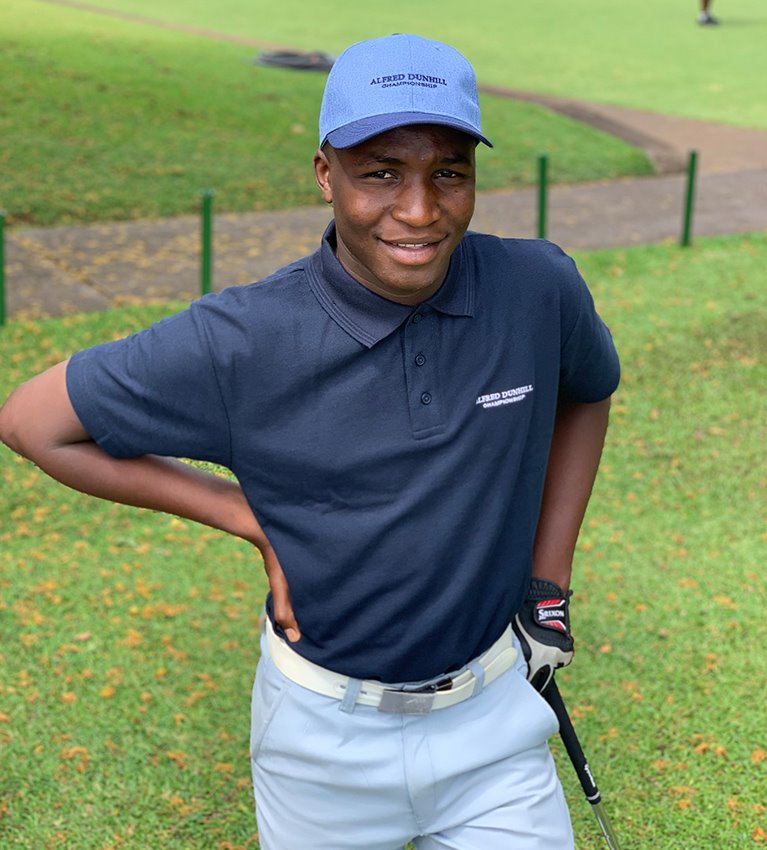 A place in the South African sun helps Euan to shine